Note: game is playable in web browser but meant to be a downloaded experience.

My second foray into game jamming, with this 64px Survival Tower Defence, my submission to the LowRezJam 2022.

Scavenge the world for its resources and use them to build out fortifications and defences in order to survive an ever increasing hoard of enemies in the night.

Below I've listed a complete set of keyboard controls, the game is made around the keyboard and the mouse is not involved with any part of gameplay.

I've done my best to support controllers, the game was only played with a keyboard and Steam Controller while I was making it.

To delete a save slot you must press SHIFT + OPTION + DELETE

This is permanent and can not be undone!

Moving around and interacting with the world

You're safe for the day but once night falls not so much, you'll want to act fast to collect resources from around the world, get better tools, and begin construction of your base of operations.

Days, Nights, and Save files

Days and Nights each last 6 minutes, the game will only save at the dawn of every new day.

Days are mostly peaceful and is when farming, building, and scavenging should generally take place.

Nights are when enemies are likely to spawn and attack, be on the lookout, and don't get cornered.

The game has five built in save slots. When you die you can return to the last morning you experienced! When a save slot is used it will display the days survived as well as the player's current health.

It will also display your player's shirt colour, but this is entirely cosmetic and randomized when you started the save file.

Zombies are stupid and walk in straight lines destroying things in the way, they hate the player and will dismantle your stuff entirely on purpose.

Zombies will come from one of two places.

First during the night they can spawn but tend to appear close to the edge of the map.

Second they can spawn from Gravestones, they spawn very frequently from Gravestones at night, but that doesn't mean it's impossible for them to spawn during the day at a Gravestone... so it's a good idea to remove Gravestones when you find them.

On the topic of Gravestones, where do they come from?

Are they easy to get rid of?

Yes, but you need a pickaxe!

So the number of Zombies goes up night by night?

Yes, mostly but sometimes a much larger group of Zombies will spawn at the start of the night, this won't happen till you've survived at least 6 nights and even then the chances are low.

You're gonna need a lot of items to survive, so it's best to always be looking for ways to maximize the amount of stuff you have access to. 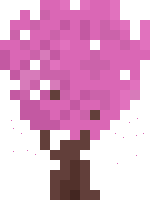 To keep your Wood supplies stocked remember to plant every sapling you get.

Cherry trees will grow Cherries fairly often, one smack to the tree will give you them without doing any damage.

Saplings will take about two minutes to grow into trees!

Give a normal tree long enough and it will get huge!

Once you've mined all the Stone in your world you will have to rely on grave robbing to last. Breaking Gravestones will net you two Stone.

Shade and Shade Wood are two other renewable resources, the trees are similar to Cherry trees but only grow one fruit at a time, they're also purple.

The barricades and shooters you can craft using these are powerful and strong. Unfortunately the trees are rarer than the others, they only appear at night.

It should be noted that Shade and Magic Source don't enjoy each other's company, they have opposite but similarly powerful energy.

Shade based tools do a lot of damage.

So what is this so called "Magic Source" anyway?

It's something that Zombies drop every so often. It's probably what's keeping them alive. You can't get them anywhere else but a dead Zombie.

Unless you manage to switch entirely to a Shade based gameplay strategy you're probably going to rely on Magic Source a lot as you expand your defences.

Magic Source based tools are the best for breaking things fast but don't do as much damage as Shade equivalents.

Base Building and Tower Defence

Using a combination of Barricades, Shooters, Distractions, and Traps you can build a formidable base.

The backbone of any successful base. 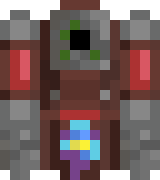 Shooters come in three variations, two of them Magic Source based, the other Shade based.

The Cherry Shooter is basic and shoots slow.

The Magic Shooter shoots really fast but has lower health.

The Shade Shooter does more damage than normal and has a lot of health, but shoots slower.

You have a variety of different Barricades at your disposal.

You have Barricades made of Wood, Stone, and Magic (or solely from Shade Wood).

And then you have Door Barricades... they have holes in them... to walk through.

The normal Door Barricade is just a decoration, the Magic Source variant however will block Zombies but not the player.

Door Barricades are not the weakest but they aren't strong either.

Barricades crafted with Magic Source will restore to full health at dawn if they still have more than 75% of their hit points.

Other Sources of Damage

Campfires damage Zombies in range, they also heal the player when nearby, how kind of them. Zombies know what you're fire is up to and will try to take it out.

Spikes on the other hand are true traps and aren't anybody's friend, if you or a Zombie steps on them you'll take damage till you're off of it (or you're dead). Zombies don't really notice the pain and by extension don't notice the Spikes at all. 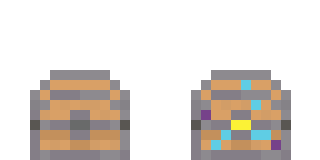 Your inventory is small, so you'll probably need a few chests.

Apparently the Zombies need more space too... because they go after everybody's chests.

If you drop an item directly on a Chest it will automatically be moved inside the chest. Magic Chests will vacuum up items within a small radius.

Scarecrows like many Chests, Campfires, and Shooters will distract them, but what makes Scarecrows special is that Zombies think they're you. So they will prioritize the Scarecrows before anything else.

Any other questions ask in the comments and I'll do my best to answer :0

Development and pixel art (I know it's bad) was done by me.

Music was done by Dominic Lutheran.

Congratulations on making this game ! I've played your game during a live that you can watch here :

The live is timestamped so you can go directly to your game.

I hope the feedback and live reactions will be useful. Keep it up !